We’re happy to inform you that we will now be conducting freediving training at Scubalov. Our senior Divemaster/dolphin, Shubham Pandey decided to follow his passion and became an SSI  Freediving Instructor this off-season.

Also known as the Aquaman of Scubalov, Shubham was a gold medalist swimmer since childhood. He is especially known on Havelock for completing his 400m DM swim in a mere 5.40 minutes. This year he decided to take his newfound passion in freediving to the next level and trained at Blue Immersion in Koh Tao, which is one of the best international freediving schools in the world. He completed his level 1 SSI Freediving Instructor Training Course (FITC) and plans to finish his level 2 SSI FITC by the end of the year. While he was training he also broke the depth record for his dive school by doing a 43.9m free immersion dive.

Freediving is method of diving underwater without scuba gear by holding your breath. It was one of the first and most primitive kinds of diving, which actually led to the invention of scuba diving. Havelock too has an old local tradition of freediving performed by spear-fishermen of the Burmese Karen community.

Shubham grew up winning all the swimming championships in school and is THE fastest swimmer on the Island today. No one found this mysterious until he grew into himself, now we realize that he cheated as he was always more dolphin than human. All we needed to do was add some water to the guy. This limber SSI freediving instructor and PADI Divemaster started working as a commercial diver in 2015 before coming to havelock to live the island life in 2016. One of the most peaceful people we know, Shubham is awkward around human beings and loves playing Santa Claus with the endless pit of munchies in his dry bag. 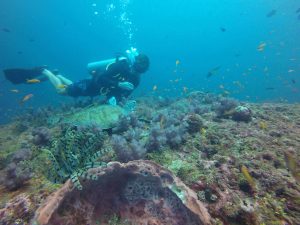 The Essential Guide to the Andaman Islands

Why Andaman Islands? If you can imagine being greeted by the sweet babble of wildlife, reverberating from lush tropical rainforests and the wise tranquility of 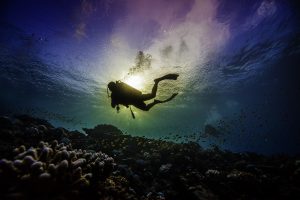 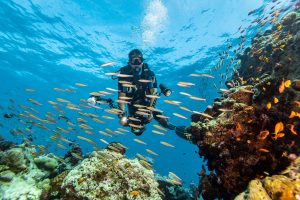 Importance Of Breathing In Scuba

10 SCUBA WISDOMS : IMPORTANCE OF BREATHING IN SCUBA Where Buoyancy Control is like putting your car on the road, Breathing is very much the Fuel that

Dive Experience For Beginners With PADI

Dive Experience For Beginners Without PADI